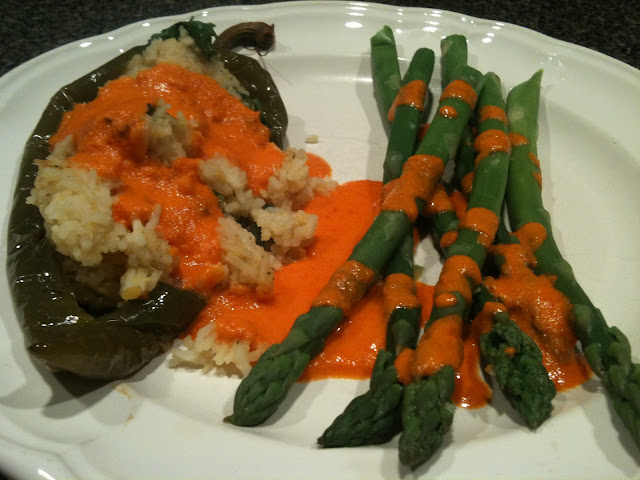 So we did really good last week on our clean eating meal plan up until...Saturday.  A friend of mine gave me a bunch of Poblano Peppers from her garden that were slightly damaged from the recent freeze, so they needed to be consumed pronto.

Well, the only recipe I could come up with without running to the store for more than one ingredient was a Stuffed Poblano Pepper recipe that was a remake my sister-in-law came up with from a Bobby Flay Throw Down show.  The one ingredient I needed was vegan cream cheese for that orange sauce you see above :)  I only used 1/3 of a cup.  I guess I could have tried using cashew cream and just blending it with the roasted red bell peppers, however that just came to me as I was typing.

The peppers were all roasted in Spectrum Organic Coconut Oil spray at 365 degrees.  It takes longer to roast them but then they don't get charred. I shouldn't even have that oil in my house but it was left over from the holidays, darn it.  Anyhow, that was the worst thing we ate *last week*.

The complaint at the end of last week was that everyone was sick of potatoes. So, this week we are eating SprouTofu with our salads. Not because of the complaining, but because I ordered it last month from my friend's organic food buying club and totally forgot about it until she called me on Thursday and asked me to come pick up my two cases of tofu! TWO cases?! What was I thinking?

Well there were only 8 packs in a case thank god, but the expiration date is for the second week of February. I could freeze a pack and see how it freezes I guess, but I think it's okay for us to eat this tofu in place of the potatoes, though it is higher in sodium than I would like it to be. Anika just started 12 hours a week of team gymnastics training so I think having the extra protein from the tofu is a good thing.  And here it is, in case you want to try it.... 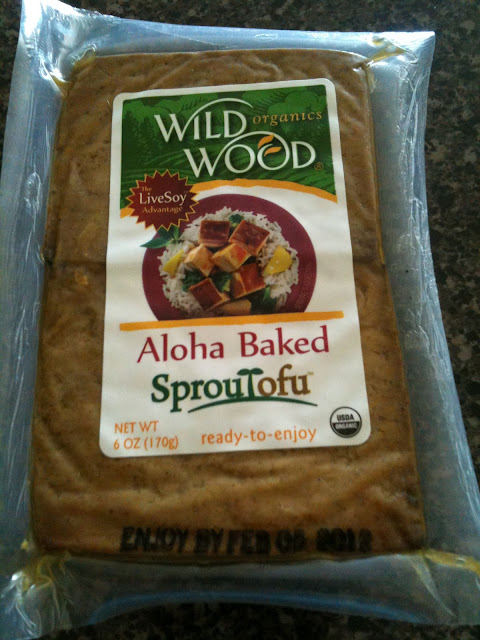 So then Monday morning comes and Anika has been looking through Veganomicon over the weekend and sees the Pumpkin Cranberry Scones recipe that she must absolutely make since we have a can of organic pumpkin and a bag of raw cranberries leftover from the holidays.  I caved in and let her make them.  Well I helped of course but I decided not to eat one, at least not on Monday.  Monday is the day that sets the tone for the week and if I start out with something like scones, I start to feel like I'm back in holiday mode again and there's a good chance I will eat them every day for the rest of the week. If I do that then I can't call it a "clean eating week" anymore :)
They turned out really nice even though I had doubts from the dough being really guey.  And they are healthier than your normal scone recipe.  Ground flax seeds were used to substitute oil and there was a small amount of Earth Balance required. 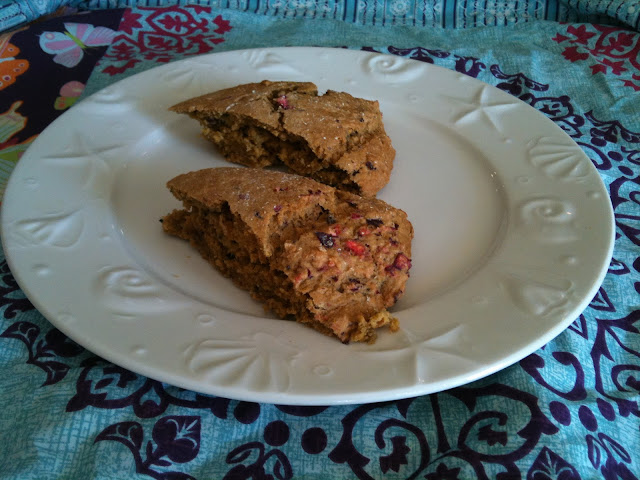 The scones look really good! Do you like that cookbook???

The cookbook is one of the best vegan cookbooks out there for creative vegan dishes. When I cook from any of Isa's books I can be confident that I'm going to have a really great meal :)