You can eat Vegan Anywhere!

I hear people tell me all the time about how hard they think it is to eat vegan at restaurants that are not vegan friendly.  Well it is not hard.  The number one thing you have to do is call ahead or if you forget to do that, let the waiter know that you cannot eat any animal products and be clear that this means eggs, dairy, cheese, meat, fish or poultry, because sometimes they think dairy, cheese and eggs are not animal products.
Here are two examples of places that I ate at recently that don't really have a vegan menu, but have some vegetarian items.  For my 39th Birthday I went to Ceviche restaurant in downtown Orlando.  They have a traditional spanish fare, with lots of meat and cheese on the menu.  I was able to get this tasty asparagus plate and a hummus and veggie platter.  The asparagus came with aoli sauce, which is made with eggs.  I just asked that to be left off my food and it was no problem.  All you have to do is ask! 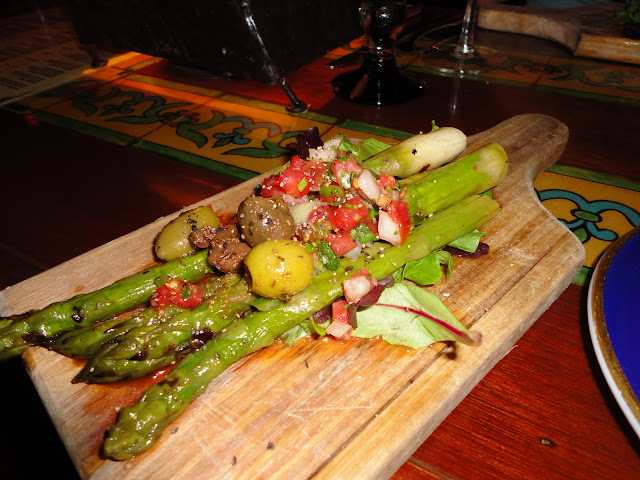 Below is a photo of my custom made vegan platter from Hannibal's on the Square in Winter Park. It was not on the menu (keep in mind this is a classic French restaurant!).  It was made by Chef Vincent who also owns Chez Vincent and he was happy to put it together for me.   He even came outside and asked me how it was :)  I had doubts on the mashed potatoes being vegan, so I gave those to my husband. Other than that, everything was really tasty. 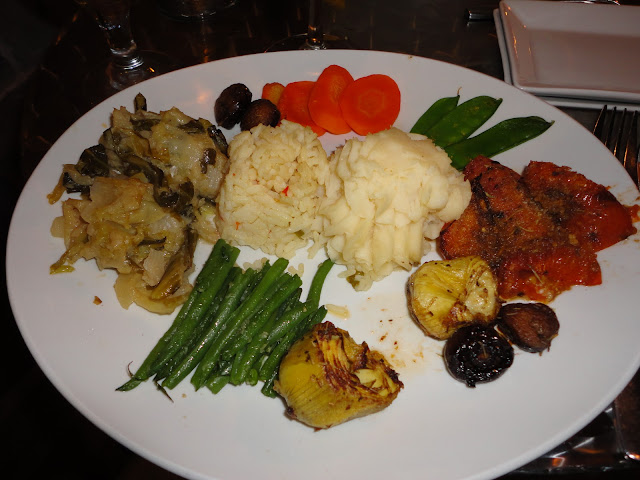